You are here: Home / The Food / Dessert / Victoria Sponge Cake with Blackberries and Lavender Cream

To complete our spring meal that included burrata and pea crostini and Mediterranean short ribs with polenta, I decided on a Victoria Sponge Cake with Blackberries and Lavender Cream. This was of course an homage to The Great British Baking Show, but I added an Australian twist! More on that in a bit. 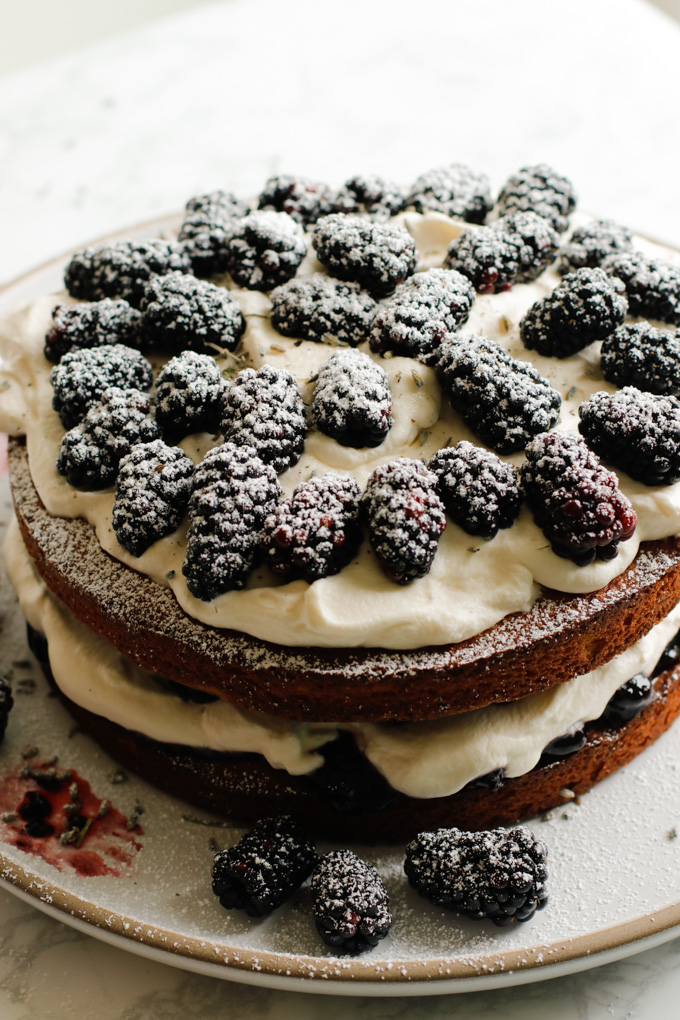 Victoria sponge cakes are pretty forgiving for the most part but you do have to watch out for the dreaded “soggy bottom,” which will occur if you don’t cook the cake all the way through. And while you want to make sure the cake is cooked through, you also don’t want to dry it out. The oven I used tends to run hot and so I cooked my cakes for 25 minutes and that was perfect. Alter the time for your cakes according to your oven’s temperament. 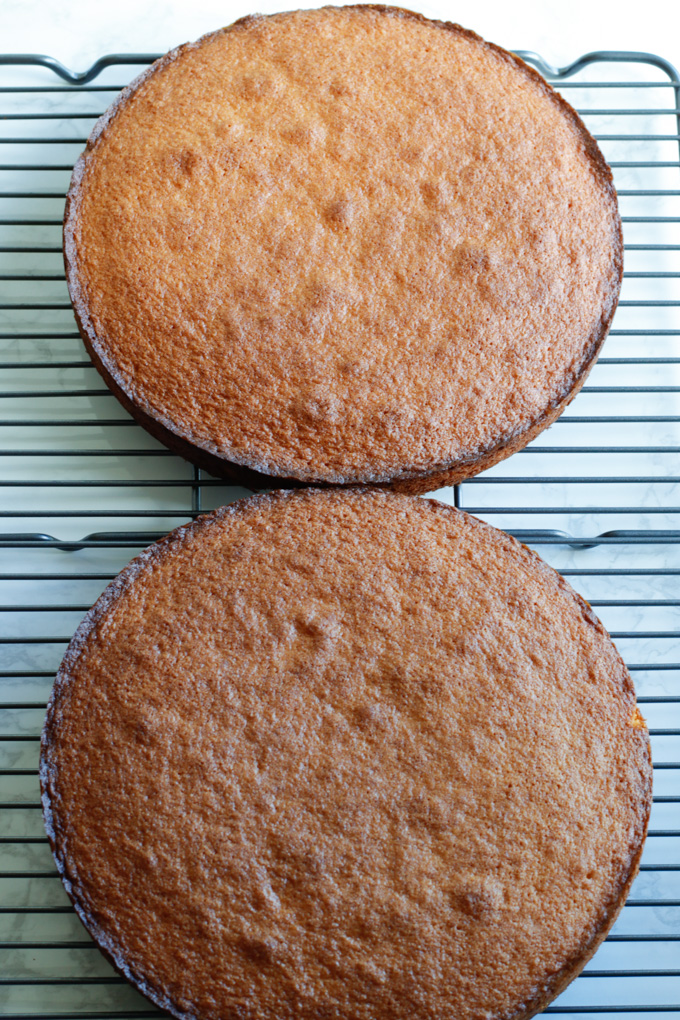 Now for the cream! It was inspired by a recipe I found in Donna Hay’s At My Table, one of the first cookbooks I bought when I first started getting into cooking. I have to admit that it was the photography that grabbed me. The photos were all taken as Polaroid transfers by the amazing photographer, Quentin Bacon. The photos give the book the most ethereal feeling. I never get tired of looking through it!

Donna adds lavender flowers to her cream, which give a subtle floral element to the cream without being overwhelming in the least. I would definitely add lavender again! 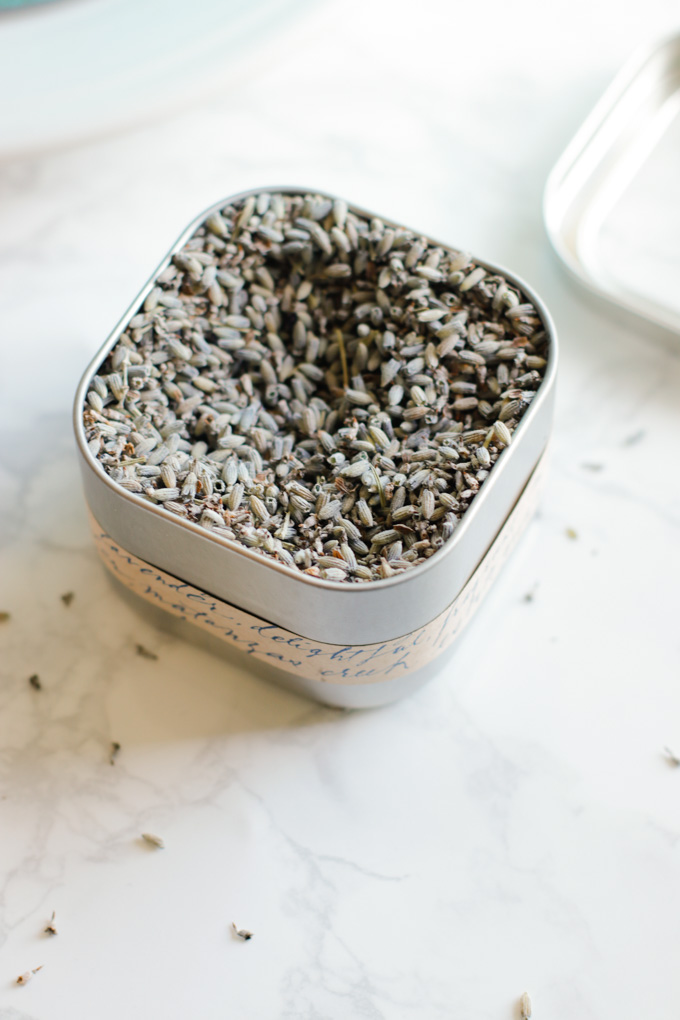 Donna also loads her sponge cake with raspberries in the middle and on top — which is a bit heretical for British Victoria Sponge.  You know me, more is more, so I followed Donna’s lead and loaded my cake with blackberries — which are so good right now. 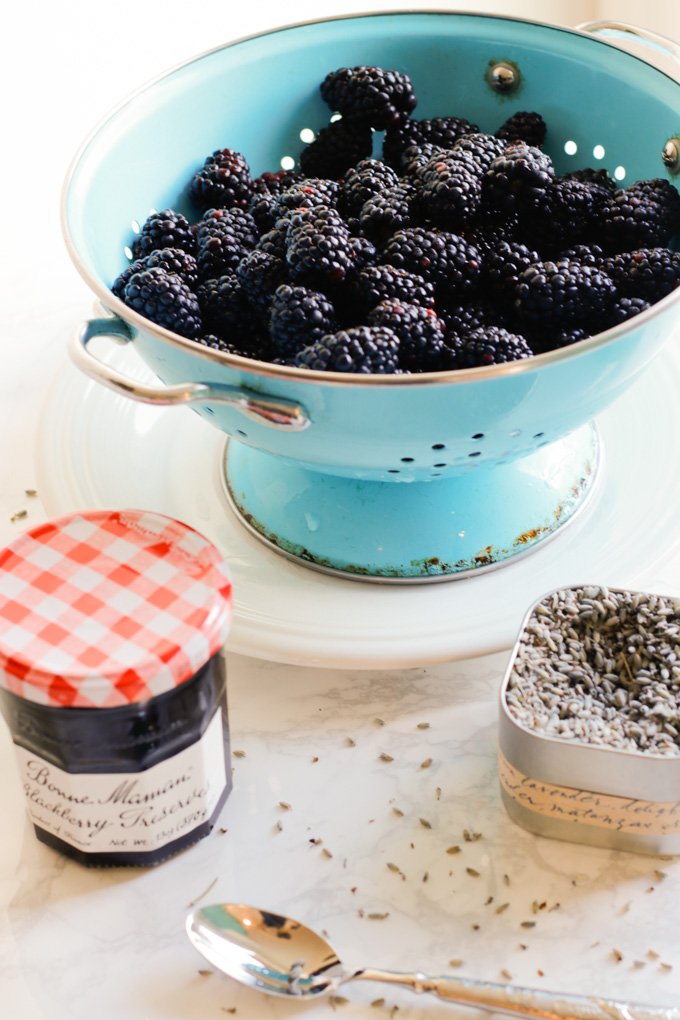 Considering that all of us had two slices and my friend’s young son, Oscar, had three, I would declare this cake a smashing success! 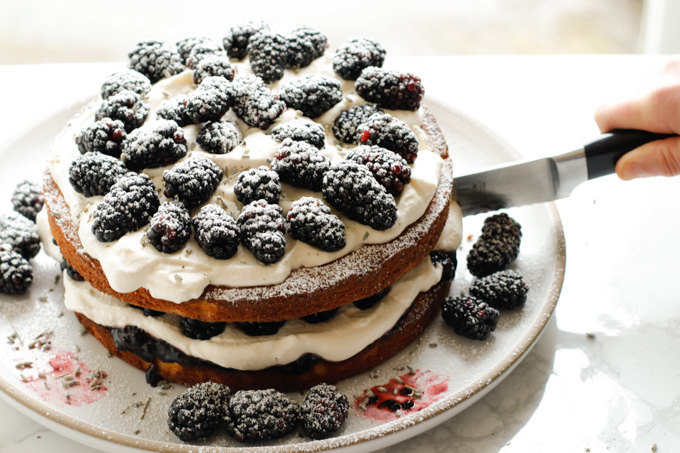 Make this cake while blackberries are at their best and watch it disappear!

This site uses Akismet to reduce spam. Learn how your comment data is processed.

About Circle of Eaters

Welcome to our table! We’re a husband and wife team that loves to cook and entertain together. In part it’s because both of us are connectors -- we  love nothing more than bringing people together, especially over a great home cooked meal! When we ...

END_OF_DOCUMENT_TOKEN_TO_BE_REPLACED

We are the Stewarts and we welcome you to our online dinner party!